Promoting and enhancing the quality of impartial workplace investigations.™

Proofing an Investigative Report: Tools from A Case Editor and Peer Reviewer

This session will provide guidance to investigators and their team on the anatomy of investigative report proofing and peer review. Attendees will see a peer reviewer’s process and the methodology of proofing a report. By using examples and demonstrations, attendees will come away with tips that can be employed immediately to help improve the final investigative product. Checklists will be provided.

Disclaimer: The contents of this webinar and the positions taken are those of the presenter only, may be time sensitive, and are not warranted, endorsed or otherwise recommended by AWI and are not intended to provide legal advice. 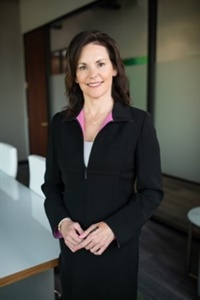 Sue Ann Van Dermyden, AWI-CH, is a founding and senior partner of Van Dermyden Makus Law Orporation (formerly Van Dermyden Maddux) She has been an employment attorney since 1993, with her practice now focusing on workplace and Title IX investigations. She leads an experienced team of attorneys and provides expert witness testimony on employment matters. Sue Ann is known as a national speaker, having regularly presented training seminars on investigations to thousands. She has also written extensively on employment matters. Sue Ann is a founding member and former Past President of the Association of Workplace Investigators (AWI) and the co-chair of the Workplace Investigations Subcommittee with the American Bar Association, Employee Rights & Responsibilities section. Through her experience as an investigator, author, lecturer, lawyer, and student of investigative technique, Sue Ann is familiar with the California standards for conducting independent workplace and Title IX campus investigations. 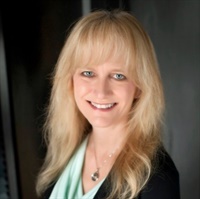 Mary Ann Demos is a Senior Case Editor and Paralegal with Van Dermyden Makus Law Corporation (formerly Van Dermyden Maddux).  Mary Ann joined the Firm in early 2014.  Mary Ann has always had a passion for writing, but began her life’s work by first pursuing her other love: science.  In 1985 she received a B.S. in Clinical Science with a Minor in Chemistry from San Francisco State University. After completing a year-long internship at Children’s Hospital, San Francisco, Mary Ann worked 10 years in a private laboratory, three of which were spent as the Laboratory Supervisor.  Next, she stayed home to raise her children.  During this time, she started a freelance proofreading/copy editing service called Akribis Proofreading.  Through this business, she began working with attorneys conducting workplace investigations, and she met Deborah Maddux and Sue Ann.  Mary Ann finds workplace investigations to be an enlightening, though often sad, look into the ramifications of being human and the struggles we face.  She uses her attention to detail and love of the written word to put the final touches on investigative reports, correspondence, employee handbooks, surveys, and anything else that lands on her desk.  Mary Ann is also a California Notary Public.